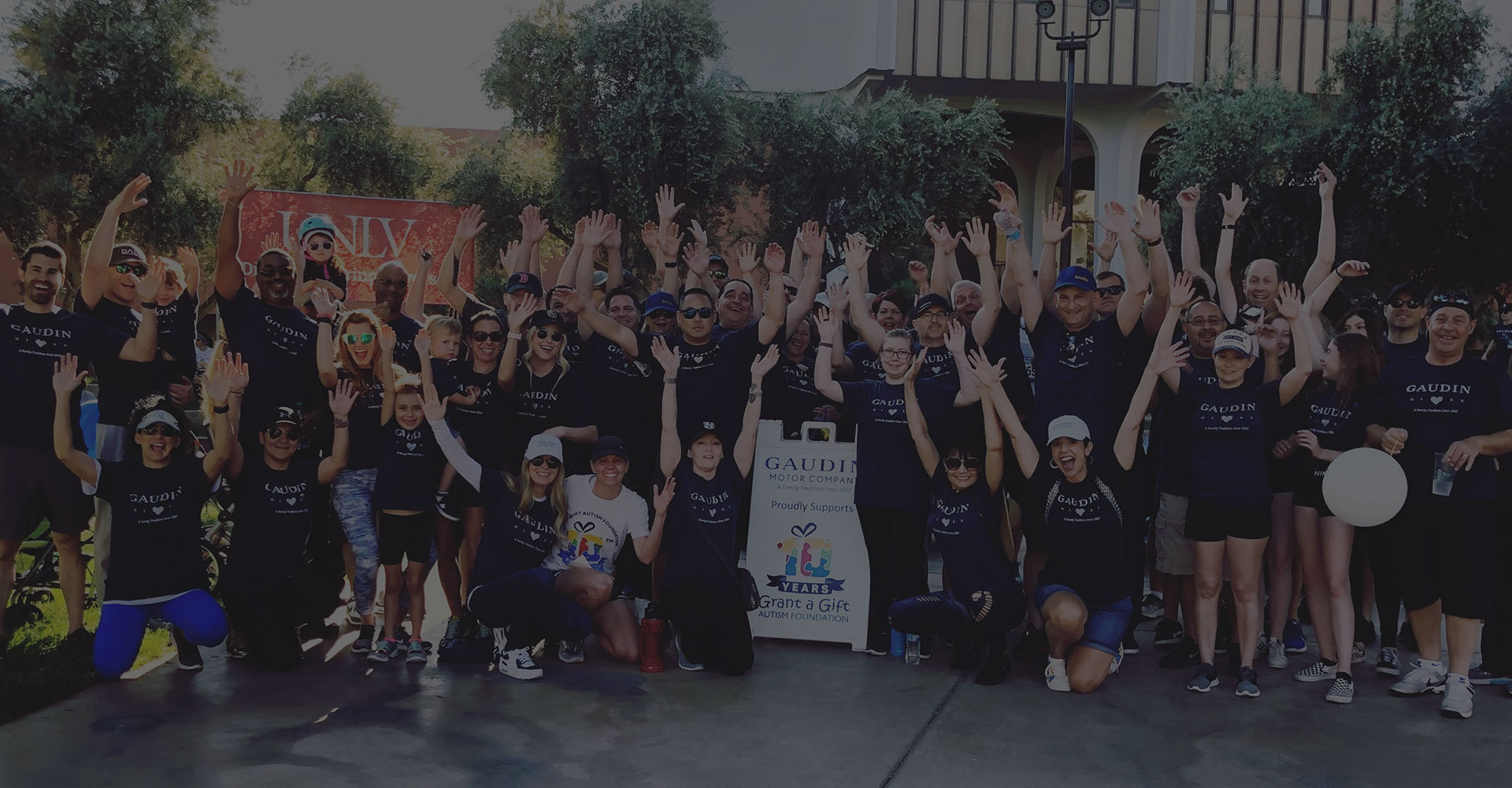 A Note from our Dealer Principal, Gary Ackerman

Our family has always been deeply dedicated to children’s charities for the last 30 years; it was what we had a calling for.  When our son was diagnosed with Asperger’s Syndrome in 1993, our focus changed.  Nevada lacked doctors who specialized in Autism or any related spectrum disorders, much less anyone to support us during the process.  We traveled to California in search of a diagnosis, which we found.  We met parents, children, health care professionals and activists who were all involved in Autism in one way or another.  One of those people was Lynda Tache, the mom of a son with autism and the person who would eventually create Grant a Gift Autism Foundation  With her personal experience and drive to make a difference, we knew that together, we could make the dream of a state-of-the-art Center for Autism in Las Vegas a reality.  We did just that in 2015.

Gaudin Motor Company and the Ackerman Family have committed to major financial contributions to ensure The Center for Autism is helping those affected by spectrum disorders for years to come. The Center provides medical research, diagnostics, clinical care, speech occupational behavior therapy, family support and education, public outreach, and advocacy, all under one roof.

As the oldest family owned auto dealer in the state of Nevada, Gaudin Motor Company is deeply committed to improving the greater Las Vegas community and the people who call it home.

Gaudin Motor Company and the Ackerman Family are proud to support Grant a Gift Autism Foundation, a 501 (c) (3) organization helping children, youth and their families fight Autism.  Their goal is to provide family-centered care through programs and services and help prepare individuals with Autism to live as independent adults with functioning roles in the community.

We are proud to have supported a variety of local organizations, such as: