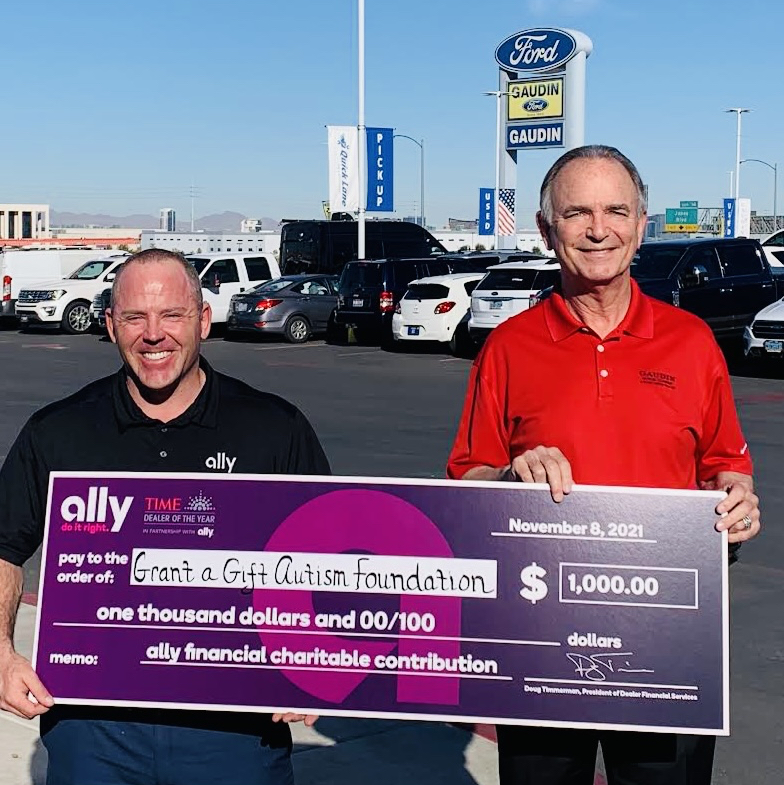 (New York, NY, November 8, 2021) – The nomination of Gary Ackerman, dealer principal at Gaudin Ford in Las Vegas, Nevada, for the 2022 TIME Dealer of the Year award was announced today by TIME.

Ackerman is one of a select group of 47 dealer nominees from across the country who will be honored at the 105th annual National Automobile Dealers Association (NADA) Show in Las Vegas on March 11, 2022. The announcement of this year’s annual award was made by Viktoria Degtar, Global Chief Revenue Officer, TIME, and Doug Timmerman, president of Dealer Financial Services, Ally Financial.

The TIME Dealer of the Year award is one of the automobile industry’s most prestigious and highly coveted honors. Recipients are among the nation’s most successful auto dealers who also demonstrate a long-standing commitment to community service. Ackerman was chosen to represent the Nevada Franchised Auto Dealers Association in the national competition – one of only 47 auto dealers nominated for the 53rd annual award from more than 16,000 nationwide.

“I am a third-generation car dealer who started in the detail department at the age of 16,” nominee Ackerman said. “Hard work, integrity and the mentality that we are here to serve our clients and communities is how our family business has survived and flourished for 99 years.”

Ackerman earned a B.S. from the University of the Pacific in Stockton, California, in 1974. Rather than return to Las Vegas after college, he opted to stay in California, where he secured a position in sales at Galpin Ford in the Los Angeles area.

“I had the good luck of being mentored by three great Ford dealers in my career, my grandfather, George Gaudin, my first boss, Bert Boeckmann of Galpin Ford, and my father, Don Ackerman,” he said.

In 1980, he moved back to Las Vegas and was named sales manager at Gaudin Ford. When his father suffered a stroke in 1983 and was out of work for more than a year, Ackerman became interim general manager and served in that position for 10 years before purchasing the store from his father.

“I had the great fortune of growing up and living in the Las Vegas community all of my life,” he said. “The opportunity to serve our community and our clients over the last 40- plus years while our city grew around us, created a great platform for our growth and success. I am blessed to have a fabulous family of fellow workers, many of whom have been with us for more than 30 years.”

A 22-year member of the board of directors of the Nevada Franchised Auto Dealers Association, where he served as president twice, Ackerman sees the importance of being an advocate for the industry and his community.

“We are all involved in our own stores but we also need to make our communities better places to live, even if that means getting involved in politics,” he said. “If we aren’t willing to roll up our sleeves and work at it, we shouldn’t complain when things don’t go the way we wish.”

One of his most significant contributions is his work for the Grant a Gift Autism Foundation and the creation of the Grant a Gift Autism Foundation Ackerman Center in Las Vegas, which provides clinical services, support and vocational programs for families affected by autism, in an alliance with UNLV Health (University of Nevada, Las Vegas). Grant a Gift just held their 11th annual gala, on the field at the new Allegiant Stadium, and raised $1.5 million dollars that will go directly to the center and its services.

“We have a son on the autism spectrum so making a difference in the services provided to families dealing with this malady became an obvious goal,” Ackerman said. “Since opening in 2015, the center has served more than 5,000 families that had nowhere else to turn.”

He also serves on the boards of the University of Nevada, Las Vegas, the Grant a Gift Autism Foundation and the advisory council for the Nevada Medical Center.

“My father was on the board of trustees at UNLV for decades and I was honored to take his seat when he passed,” Ackerman said. “He always told me that it was our responsibility to give back to the town that provided such a great home for us. I hope that our efforts to support education and healthcare will continue to help the Las Vegas community be a better place in the future.”

Dealers are nominated by the executives of state and metro dealer associations around the country. A panel of faculty members from the Tauber Institute for Global Operations at the University of Michigan will select one finalist from each of the four NADA regions and one national Dealer of the Year. Three finalists will receive an additional $5,000 for their favorite charities and the winner will receive an additional $10,000 to give to charity, donated by Ally.

In its eleventh year as exclusive sponsor, Ally also will recognize dealer nominees and their community efforts by contributing $1,000 to each nominee’s 501(c)3 charity of choice. Nominees will also be recognized on AllyDealerHeroes.com, which highlights the philanthropic contributions and achievements of TIME Dealer of the Year nominees.

“In cities and towns across the country, auto dealers make a big economic impact—going the extra mile to strengthen their communities,” said Doug Timmerman, president of dealer financial services, Ally. “It’s an incredible achievement to be nominated for TIME Dealer of the Year. The program not only recognizes leadership in business and customer service, but also a commitment to giving back and doing it right.”

Ackerman was nominated for the TIME Dealer of the Year award by Andrew MacKay, executive director of the Nevada Franchised Auto Dealers Association. He and his wife, Debra, have three children.

TIME is a global media brand that reaches a combined audience of more than 100 million around the world. A trusted destination for reporting and insight, TIME’s mission is to tell the stories that matter most, to lead conversations that change the world and to deepen understanding of the ideas and events that define our time. With unparalleled access to the world’s most influential people, the immeasurable trust of consumers globally, an unrivaled power to convene, TIME is one of the world’s most recognizable media brands with renowned franchises that include the TIME100 Most Influential People, Person of the Year, Firsts, Best Inventions, World’s Greatest Places and premium events including the TIME100 Summit and Gala, TIME100 Health Summit, TIME100 Next and more.

Ally Financial Inc. (NYSE: ALLY) is a digital financial services company committed to its promise to “Do It Right” for its consumer, commercial and corporate customers. Ally is composed of an industry-leading independent auto finance and insurance operation, an award-winning digital direct bank (Ally Bank, Member FDIC and Equal Housing

Lender, which offers mortgage lending, point-of-sale personal lending, and a variety of deposit and other banking products), a corporate finance business for equity sponsors and middle-market companies, and securities brokerage and investment advisory services. A relentless ally for all things money, Ally helps people save well and earn well, so they can spend for what matters. For more information, please visit www.ally.com and follow @allyfinancial.

For more information and disclosures about Ally, visit https://www.ally.com/#disclosures.

For further images and news on Ally, please visit http://media.ally.com.

About the NADA Show

The annual NADA Show brings together more than 20,000 franchised dealers and their employees, industry leaders, manufacturers and exhibitors to learn about the latest auto industry tools, trends, products and technologies. 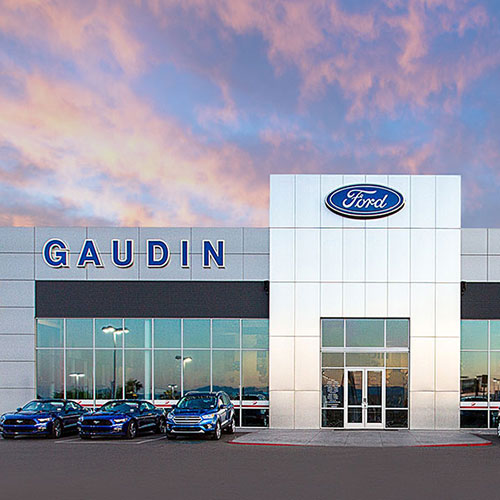 Gaudin Motor Co. celebrates 100 years of operation this year, boasting over a century of innovation and 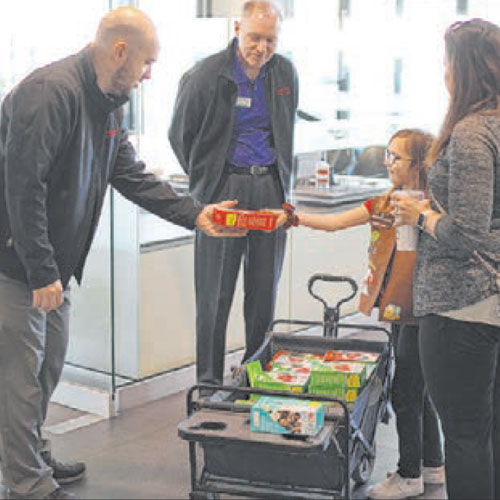 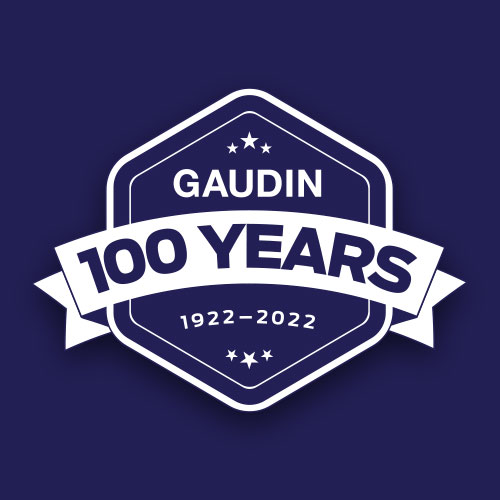